The Journey by Brandon Bays 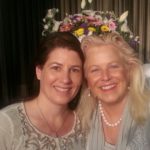 The Journey by Brandon Bays is a powerful, guided inner healing journey that leads to the causes of emotional and physical problems in order to solve them sustainably.

Do you want to heal and release the imprints and beliefs that you have adopted throughout life, as well as old wounds? Do you long to free yourself from your past and do you want to feel free and independent? The Journey by Brandon Bays is an inner healing journey for truth seekers. It is a journey to ourselves, to the hidden origins of our personality and a journey to a freer, self-determined life.

Sign up for a Journey today – you’ll be thrilled!

Through a journey you can free yourself from old beliefs and ideas with which you have lived. Healing can take place at the lowest cell level. Internal conflicts are resolved. This usually with lasting amazing changes. It is possible to approach a specific topic or problem.

There are different types of journeys:

In the Emotional Journey, you learn to allow your suppressed feelings and feel where they manifest in the body. Old iwoundss, blockages and ulcers of life come to the surface and are dissolved in cell memory. You come back into contact with body wisdom and with your own source of peace, joy, calm, lightness and trust.

The first Journey session usually lasts 2 hours, with additional sessions approximately 1.5 to 2 hours. A meeting takes place at best on site, but is also very well possible online via zoom.

Book a session with the Calendar. For appointments on site in Wohlen, please contact me by phone or e-mail. Do you have any questions or would you like to get to know me first? Then contact me by e-mail, phone or book an appointment for a free introductory-call.

Via the “Book Now” link you can pay conveniently via Paypal with or without credit card. If you prefer the bank transfer, this is also possible on request.

More about The Journey by Brandon Bays

In this conversation with Thomas Schmelzer, Brandon Bays, the founder of “The Journey”, tells how she herself was able to overcome a dramatic illness through inner processes and develop an effective method from it, which can heal many things in consciousness and ultimately in the body through inner journeys.

She also mentions scientific studies and talks about the worldwide spread of the method.

The video contains German subtitles in the English-language passages.

Deep within all of us lies an enormous potential that awaits us toopen ourselves to joy, creativity, freedom and lovewithin us.

Negative suppressed feelings, thoughts and beliefs have a direct impact on our body and mind. At the cell level, the cell receptors close and reduce communication with the cells and reduce cell metabolism. The DNA is shortened and the genetic codes close. However, this negative process is reversible.

The following scientific theories show this: 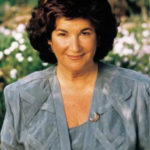 Dr. Candace Pert (1946-2013) was an internationally recognized psychopharmacologist. She has researched the molecular basis of mental processes. It came to groundbreaking theories about consciousness and neuropeptides.

Dr. Candace Pert studied the effects of our emotions on our bodies at the cellular level. She was nominated for the Nobel Prize for her research results. In her book “Molecules of Feelings” she describes how unresolved traumas and negative emotions are physically stored at the cellular level in the form of protein structures. These protein structures block certain cell surface receptors in the cell membrane, which impairs communication with other cells and also cell metabolism. This reduced communication ability and reduced cell metabolism are passed on to the next generation of the cell. The stored reminders set the cells to an “inactive mode”. Over time, after the stressful event is years ago, this can be noticed in the form of emotional and physical disorders and illnesses. 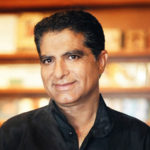 Deepak Chopra (1947) is a well-known physician and endocrinologist. Dr. Chopra was first a physician in general medicine and then specialized as an endocrinologist. For years, he studied patients who experienced spontaneous healing. After liver cells are renewed in 6 weeks, it would seem plausible that a liver tumor has disappeared after 6 weeks. However, this is not the case: apparently the renewed cells take over the cell information from the old cells. He proved the theory that memories can be stored in the cell and that these patterns are passed on to the next generation of cells. For this reason, the renewed cell begins its life with the pattern of degenerative disease.

All patients who were successfully cured had two characteristics in common, according to his research:

1. They had access to a state beyond the mind, which stimulated healing.

2. You could release memories stored at the cell level.

Dr. Chopra has written more than 40 books and his works have been translated into 35 languages. He is also the editor of many videos and audio cassettes. Chopra was hailed by TIME Magazine in 1999 as one of the 100 most important personalities of the century. Chopra is the founder and director of the Chopra Center for Well Being in California.

Dr. Candace Pert has found that the mind is not limited to our head, but that the mind represents a constant flow of information between cells, organs and systems throughout the body. The body is the mind and the head/thinking is the body. In the heart, nerve cells have been found that store, edit and translate information, just as the brain does. The difference between the mind and the body thus disappears.

PERT sums it up: “Your body is your subconscious mind.” (Your body is your subconscious). A group of tiny proteins, called neuropeptides, are messengers that transmit our emotions. Neuropeptides are located throughout the body, especially in the nervous system – and reach all cells. They function as a body-rich network. Emotions affect the entire body-mind system. All parts of the body-mind are connected and communicate with each other.

Dr. Barbara McClintock is an American geneticist. In 1983 she was awarded the Nobel Peace Prize for her work. McClintock found that severe shocks, severe negative emotions and stress, have the effect that the human genome (the carrier of our genetic information, DNA) rearranges itself differently and consequently works less efficiently. In 2004, the National Academy of Science in the US concluded that intense stress (emotional, physical stress) causes DNA segments to deform and they are no longer able to work efficiently.

Dr. Kazuo Murakami, a Japanese geneticist who deciphered the human genome in 1983, proved that our DNA is constantly changing and not fixed, which was mistakenly assumed. His main conclusion is that we can change our DNA by changing our feelings.

Dr. Bruce Lipton, a former professor at the University of Wisconsin School of Medicine and a research associate at Stanford University School of Medicine, speaks of a new biology that shows that the model of immutable DNA is completely outdated. Lipton concludes that the DNA adapts and we have the ability to modify and optimize our DNA.

The Heart Math Institute in California, USA, has investigated the effects of strong emotions on DNA. In one study, 28 subjects held a test tube with human DNA in their hands. The DNA came from the placenta of newborns. The test tube measured exactly how the DNA behaved. The subjects were shown highly shocking videos that caused strong negative emotions in them. The measurements showed that the DNA strands and rolls immediately shortened sharply, with many of the DNA codes deactivated. They were then shown a video that generated strong positive emotions such as love, appreciation and gratitude. The DNA strands have rolled out again and become longer again. The first deactivated DNA codes were activated again. Emotions therefore directly influence our DNA. When we change our feelings, we change our DNA. Suppressing or extreme expression of feelings thus has a negative effect on our body. If we suppress, ignore, negate, or totally lose control of emotions, then this has a direct negative impact on our DNA. Parts of DNA are then no longer available for regulating life processes. This effect is also known as a mutation, where parts of the DNA are no longer available or give false information. Mutations cause physical and mental disorders as well as diseases.

Seminars and books about The Journey

Books and other information material about The Journey.

Events in Switzerland and the near border: journey-therapeuten.ch

I strongly advise you to consult your trust doctor at any time if you have any health issues or complaints. Medical advice can and should never be replaced here. I am happy to accompany you on the emotional level. If you have a mental illness, I can’t offer you my services.